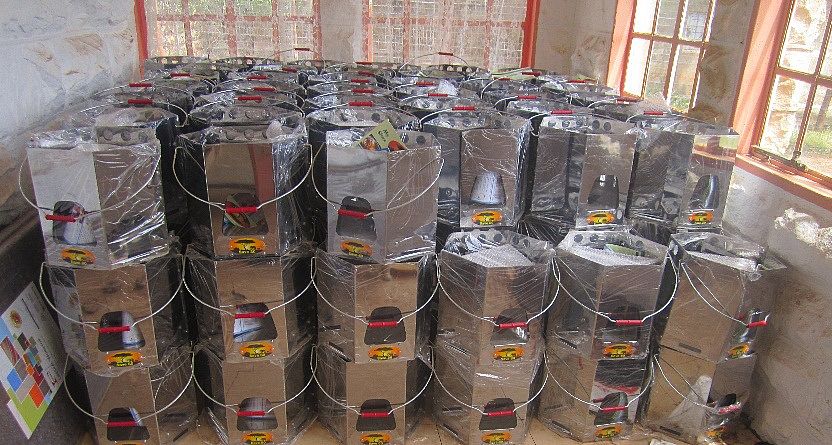 Most areas in Lesotho are high plateaus of which most parts of the forest are cut down. The climate change and depletion of resources endangers the locals’ means of livelihood as well. 60% of the inhabitant’s income is less than one US Dollar a day. Moreover the traditional cooking-stoves produce smoke and the fire wood that is used for cooking, needs to be brought from long distances.

In August 2017 the local organization SMARTD started a project with energy- efficient cookers in the countryside of the Senqu river valley. 1000 Save80 model C-Cookers, which were tested in the region before, were given out to families in 123 villages within two years. Households which are using the Save80-Cookers are monitored by SMARDT-workers.

Because of the development status and the size of Lesotho, the country doesn’t have a lot of experiences with the implementation of climate friendly projects. With financial support from Klima-Kollekte for so-called small scale projects this can be changed.

Advantages of the energy-efficient cookers

With the Save80-Cookers a family uses approximately 80% less wood. The time necessary for cooking is also reduced as well as the time for collecting firewood. First tests show that that the Safe80-Cooker produces less toxic smoke. Due to this the health of the families is also enhanced while saving money.