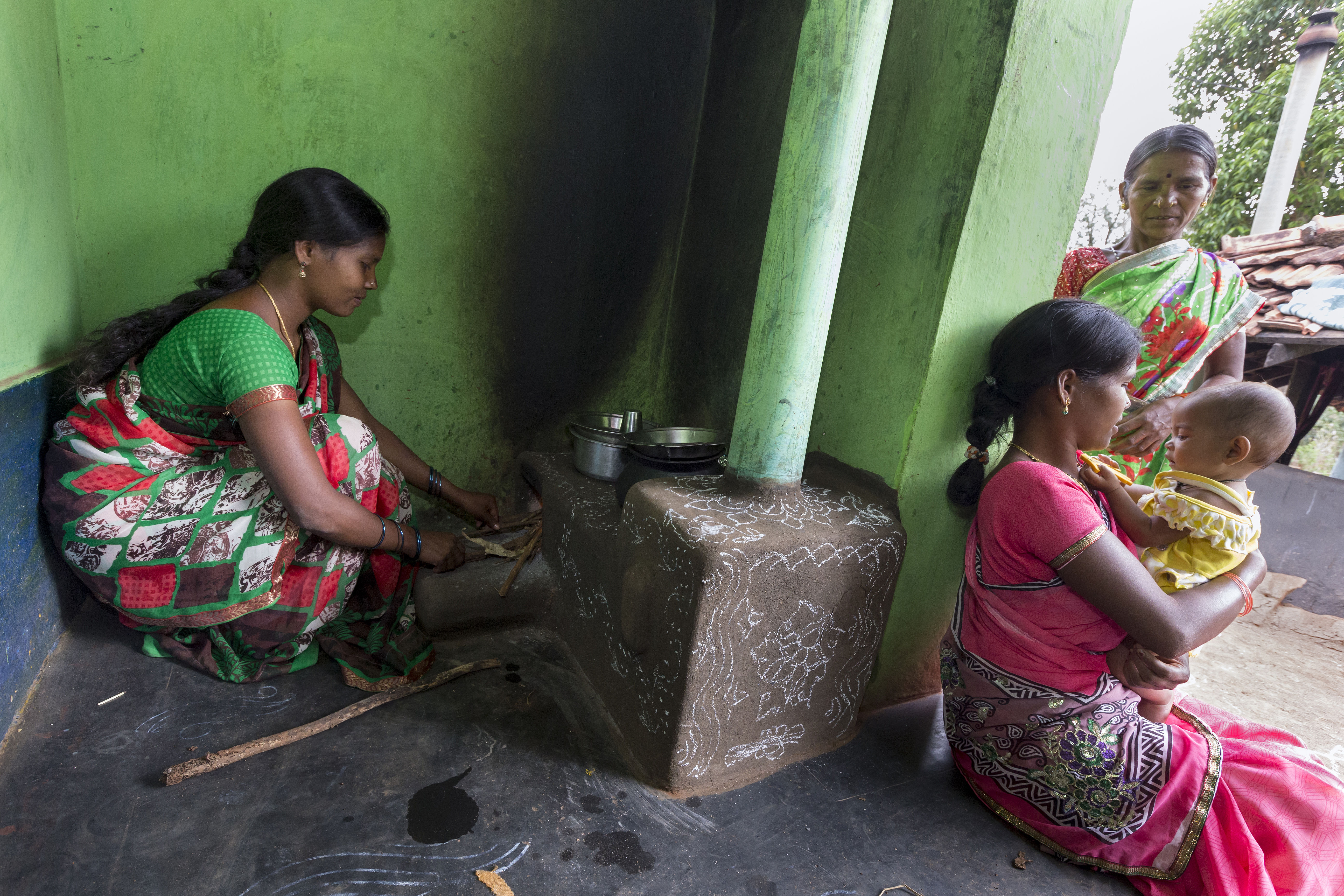 Situation of the indigenous population Adivasi

The Indian natives Adivasi traditionally live a sustainable and environmentally friendly life. In their economic activities, they use nature in a gentle way. However, the rapid economic development of India threatens the existence of the Adivasi. Since they are no Hindus, they are disadvantaged in Indian society and increasingly fighting against displacement and exploitation. In the course of India's modernization, the Adivasis find it difficult to maintain their original way of life.

Improvement of the livelihoods of the Adivasis

In order to ensure the preservation of their livelihoods LAYA, partner organization of Bread for the World, supports the indigenous community. In preparation of the project LAYA employees consulted the Adivasi women in the Visakhapatam district of the state of Andhra Pradesh to learn more about their access to energy and the potential of community-based and sustainable solutions. It turned out that women cook on stoves with firewood, which is producing enormous heat and heavy smoke. Since the forest area in the district is constantly decreasing, the collection of wood has also become more laborious. Women have to walk further and further afield to collect fuelwood. Moreover, the progressive deforestation contradicts the Adivasi's close-to-nature identity. This is where LAYA's climate protection project comes in: In cooperation with the Adivasi the organization has produced almost 4,000 energy-efficient cooking stoves, which sustainably improve the livelihoods of the people and reduce wood consumption.

Benefits for the local population: Save energy and live healthier

With the new, low-smoke cookers, women cook faster and have more time for themselves again. Less firewood is used, the families are not expose to harmful smoke and in addition, deforestation and greenhouse gas emissions are reduced. The cooking stoves require 25% less wood and save a total of 47,411 tons of CO2 emissions within the project period.

The local population builds the cooker independently by using locally available materials. This contributes to the acceptance and thus to the consistent use of the stoves. Women are not only involved in the construction and maintenance of the stoves, they can also take part in training courses and thus later offer their own workshops for construction and repair.

In the Gold Standard Registry, you can transparently view the retired certificates and get an overview of the climate and development impacts of the certified project: https://registry.goldstandard.org/projects/details/1301

The partner organization LAYA is a resource center for Adivasis which is the native name for the indigenous population of today’s India. LAYA supports Adivasis in diverse life spheres including in the management of natural resources and also in the measures of improving life conditions. More information to the partner organization is available on their website